A few miles west of Huntingdon, Cambridgeshire, between the villages of Stow Longa and Kimbolton, rests a flat, windswept area of farmland that the B-road snakes across. One can easily miss the short stretch of narrow road that cuts across the older, crumbling concrete of class-A taxiways that once carried B-17 Flying Fortresses to the main northwest-southeast runway. If you stop and trudge out across the muddy public footpath which heads due west, you will come across patches of concrete, often covered in hay bales for the local livestock. It is an eerie scene, for one cannot help but picture the heavy bombers combing back from a mission deep over Germany, and in the strong winds that blow across the flat fields, one can almost hear the engines of the bombers.

A fascinating discovery, when standing on the shoulder of the B-road which connects the villages of Stow Longa and Kimbolton, the original runway can be seen which the road was paved over in the following decades. © cambridgemilitaryhistory.com, 2014.

These flat fields with their small patches of runway and tarmac are all that remain of Royal Air Force Station Kimbolton, a Class A airfield used by the U.S. Army Air Forces’ Eighth Air Force from 1942 through the end of the Second World War. First the 91st Bomb Group (Heavy) arrived in 1942 and began operations from RAF Kimbolton but had to move off the field quickly as the runways were determined neither strong nor long enough for the heavy bomb loads the B-17s carried. Until the runways could be improved, the 17th Bomb Group (Medium) used the field, flying the Martin B-26 Marauder, from October of 1942 until the group departed for North Africa. With 17th Bomb Group’s departure, the main runway was strengthened and extended, as is visible in this aerial photo of the base taken on 10 August 1945 shows:

RAF Kimbolton on 10 August 1945. The village of Stow Longa is just visible on the top of the aerial photograph. The village of Kimbolton is to the south. This artistic work created by the United Kingdom Government is in the public domain.

Then came the 379th Bomb Group (Heavy), with its famous “triangle-K” markings on the vertical stabilizers of the B-17s, which would operate from RAF Kimbolton until the end of the war. Four squadrons: the 524th, 525th, 526th and 527th Bombardment Squadrons comprised the 379th which flew its first combat mission on 19 May 1943. Focused on the war-making capabilities of Germany, the 379th flew raids on heavy industry, refineries, warehouses, submarine pens, airfields, marshalling yards and command and control centers across occupied Europe. They flew bombing missions against the ball-bearing plants at Schweinfurt and Leipzig, against synthetic oil plants at Merseburg and Gelsenkirchen, against the chemical plants at Ludwigshaven and airfields from Occupied France to Berlin. 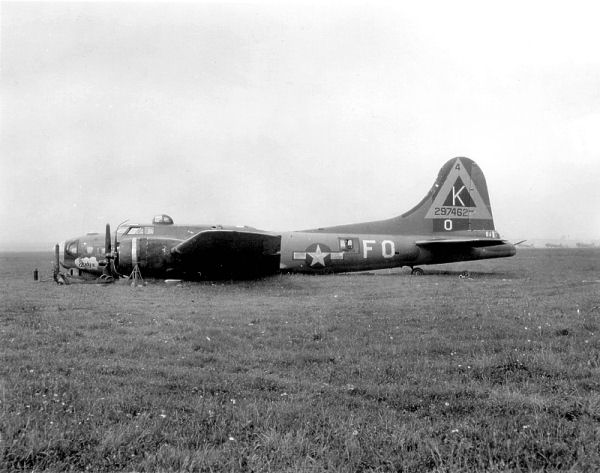 A B-17F belly landed at RAF Kimbolton. An amazing testament to the rugged airframe, this B-17 was repaired and returned to a flying status. U.S. National Archives, This image or file is a work of a U.S. Air Force Airman or employee, taken or made as part of that person’s official duties. As a work of the U.S. federal government, the image or file is in the public domain.

On 11 January 1944, the 379th attacked aircraft factories deep in Germany without fighter cover, earning the unit the coveted Distinguished Unit Citation. Before D-Day, the group focused on strong fixed positions, rail transfer and choke points, and gun batteries: softening up the Atlantic Wall before the greatest amphibious invasion in history.

B-17F at RAF Kimbolton. Note the “Triangle K” tail marking. U.S. National Archives; this image or file is a work of a U.S. Air Force Airman or employee, taken or made as part of that person’s official duties. As a work of the U.S. federal government, the image or file is in the public domain.

The B-17G Serial # 42-32024, named the “Swamp Fire” famously flew 100 missions without a single abort – an unheard of accomplishment during the war from RAF Kimbolton. Forty different crews took the plane on her missions over occupied Europe and Germany. According to the Swamp Fire website, where veterans who flew on her during the war post memories and photos, a joke around the base in October 1944 was that: “After a new nose and tail section, a new ball turret, 16 engine changes, three wing replacements and over 1,000 bullet and flak hole patches, there is not much of the original plane left.” However, in a ceremony for the aircraft after her 100th mission, the Commanding Officer of the 379th, Colonel Lewis Lyle said: “No, there isn’t much of the original Swamp Fire, just the fighting spirit and tradition built into her and maintained by her ground and combat crewmen. She is an excellent criterion of the greatest bomber in the European Theatre of Operations.” 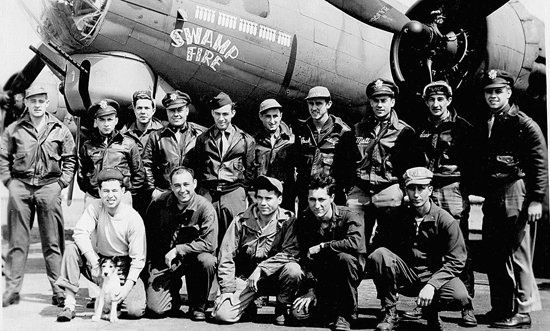 The 379th Bomb Group holds the record for the most tonnage dropped of any U.S. Army Air Force Bomb Group operating from the United Kingdom – 26,459 tons of ordnance. The 379th holds the record for most missions flown: 330 between May 1943 and May 1945. In June 1945, the 379th transferred from RAF Kimbolton and the base was closed temporarily. From the late 1940s until the early 1960s, the Royal Air Force used the base for basic training of new recruits before it was finally closed, dismantled and returned to agricultural use. 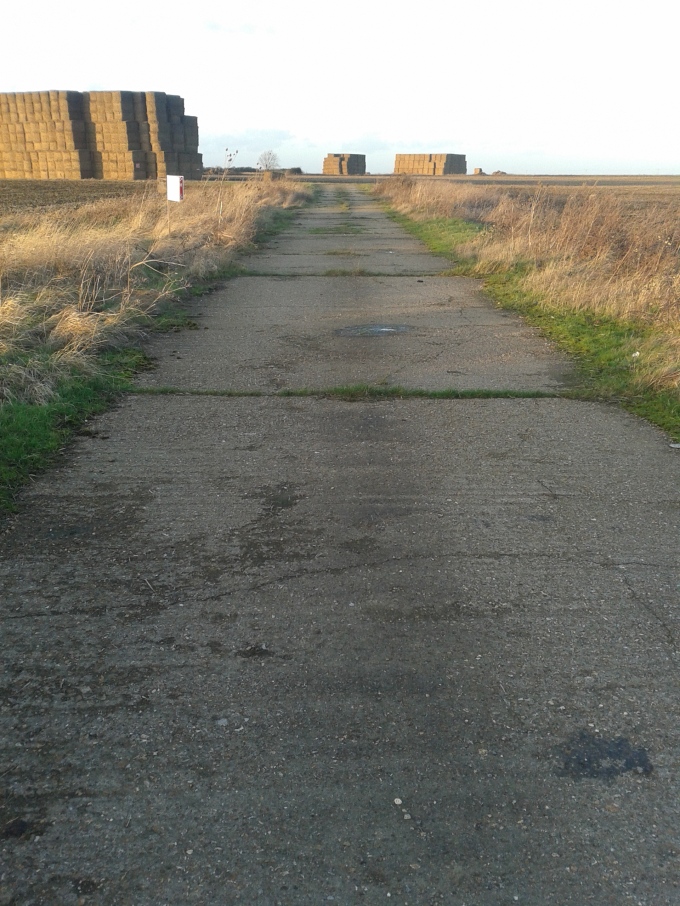 One of the concrete tarmacs of RAF Kimbolton today: broken concrete stretching towards where the control tower once stood, now all farmland. © cambridgemilitaryhistory.com, 2014. 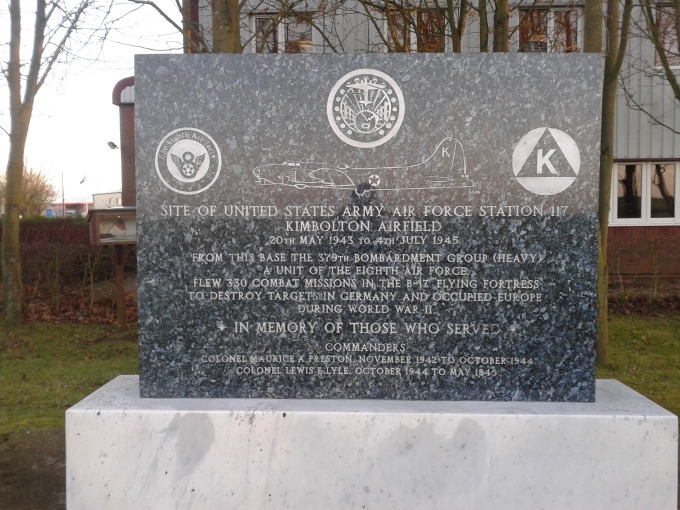 The 379th Bomb Group (H) memorial, located on the southeast corner of where RAF Kimbolton once stood. Of note, a book of honor stands next to the memorial listing the names of the men who died for their nation, and for the freedom of others, who flew from RAF Kimbolton. © cambridgemilitaryhistory.com, 2014.

Thanks to the Swampfire website for research and photographs, please visit at: https://sites.google.com/site/swampfiresite/

5 thoughts on “RAF Kimbolton and the 379th Bombardment Group (Heavy)”